In keeping with my taste for the tacky and tasteless -- and a desire to tweak the nose of a snooty neighbor -- I have put up some rather unusual Christmas decorations. You know the type of neighbor -- the kind who has a "doll house", leaves copies of Southern Life and Country Living magazines in the living room, and complains about the single guy whose house looks a little too "lived in". Get the picture? 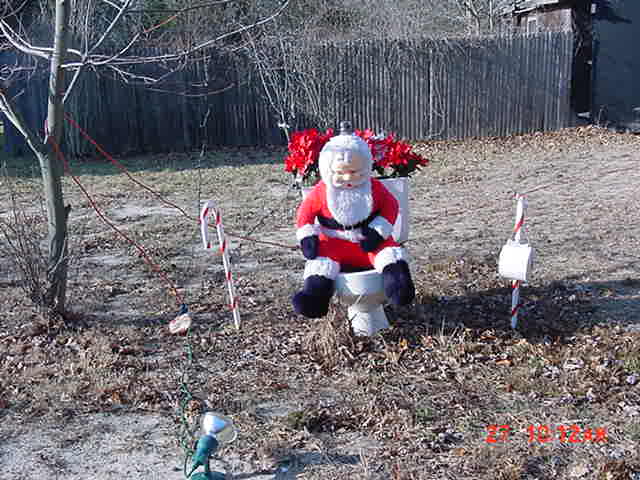 Doesn't this remind you of the song "Intergalactic Laxative" by Donovan, when he sings, "All our greatest heroes, they have to s--t and pee"? At least it isn't icicle lights! 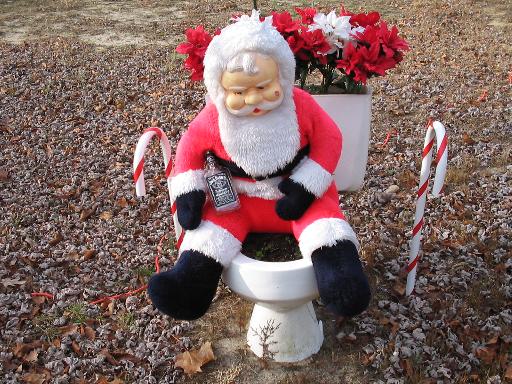 This time, Santa decided he'd had enough of the traditional milk and cookies...time for some real Christmas spirit(s)! The empty Jack Daniels bottle was supplied in the 2004 holiday season by an unknown neighbor who has the same warped sense of humor that I do! 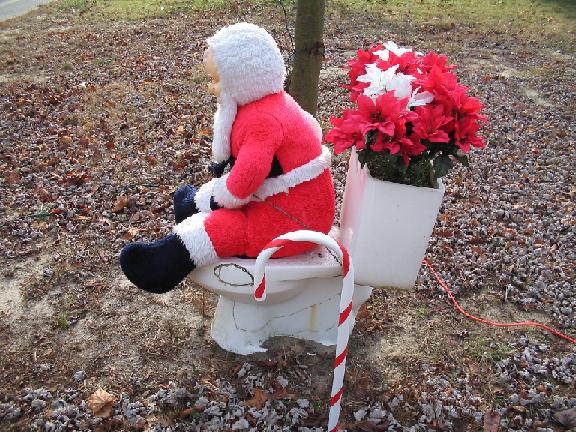 Who thought the "pause that refreshes" had anything to do with Pepsi-Cola? 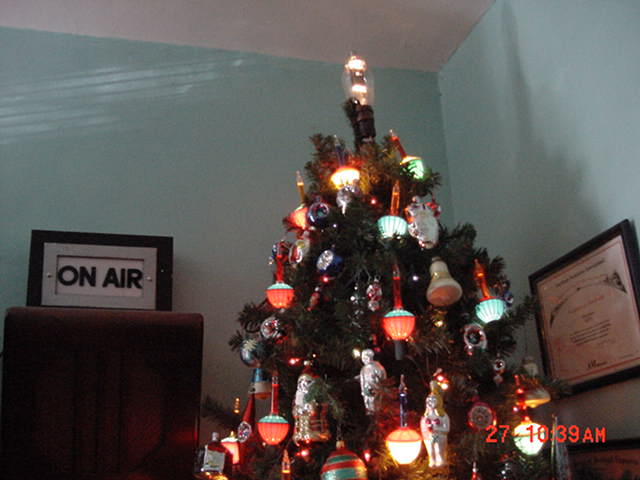 Here's a unique blend of 1950s kitsch and good, old American utilitarianism. Yes, that's an 811A atop the tree! Several years ago, I accidentally broke a beautiful blown glass tree top that was imported from Germany. Thinking about a set of pull tubes from a Collins 30L-1 amplifier, I put one of those tubes on top of the tree. At the base of the tree is a control box containing a filament transformer for the 811A, a duplex outlet for the other Christmas lights, a suitable fuse, and a toggle switch. The "On Air" light came from WFIL in Philadelphia. Another picture of my 811A tree top appeared in the December, 2000 issue of QST. 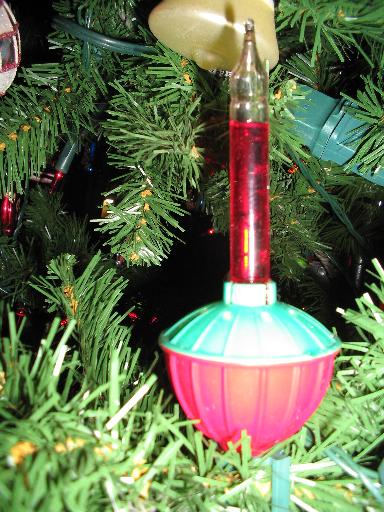 One of those kitschy bubble lights, right out of the 1950s. Made to look like an abstract candle, a bubble light contains a small bulb inside the plastic housing. The glass ampoule is filled with methylene chloride and a dye. The heat of the bulb boils the methylene chloride, causing the bubbling effect. Bubble lights disappeared in the late 1960s, as people got tired of them and the methylene chloride is quite toxic if it is inhaled from a broken ampoule. It will also eat the finish from furniture; in fact, it is used commercially for stripping furniture. Bubble lights have made a comeback in recent years and they were widely available in Pennsylvania and New Jersey during the 2004 Christmas season.